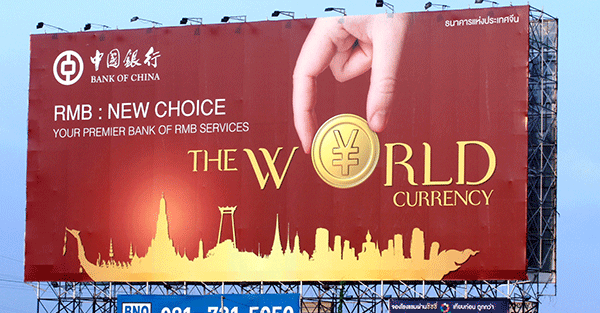 Banks, miners, jewelry retailer to participate.
Top Chinese banks and gold miners, along with the world’s biggest jewelry retailer, will be among 18 members taking part in the nation’s new yuan-denominated gold benchmark, a source familiar with the matter said.
Two foreign banks will also join the benchmark-setting process when it launches on Tuesday, marking China’s biggest step to become a price-setter for gold.
As the world’s top producer, importer and consumer of gold, China objects to having to depend on a dollar price in international transactions and believes its market weight should entitle it to set the price of gold.
A yuan gold fix is not expected to pose an immediate threat to the gold-pricing dominance of London and New York, but it could ultimately give Asia more power, particularly if the Chinese currency becomes fully convertible.
Industrial and Commercial Bank of China, Agricultural Bank of China, Bank of China, China Construction Bank and Bank of Communications are among the 10 Chinese banks that will participate, said the source, who declined to be identified because he was not authorized to speak to the media.
Two foreign banks will also join, the source said, without naming them.
Chow Tai Fook, the world’s biggest jewelry retailer, Swiss trading house MKS and miners China National Gold Group and Shandong Gold Group will also be members.
MKS confirmed it will take part, while Chow Tai Fook declined to comment.
The Chinese benchmark price will be derived from a 1 kg contract to be traded on the State-run Shanghai Gold Exchange (SGE), which will act as the central counterparty.
The price, to be quoted in yuan per gram, will be set twice a day based on a few minutes of trading in each session.
The spot benchmark in London is set via a twice-daily auction on an electronic platform with 12 participants after starting off with six.
The London fix, which was previously set via a teleconference among banks, was replaced by electronic auctions after a shake-up in benchmark setting following a scandal over rigging of the Libor interest rate broke in 2012.
Support from foreign banks will be crucial for the international use of the yuan benchmark, but China has struggled to get them to sign up due to sensitivity around benchmarks amid scrutiny by regulators.
Click Here for original Global-Times article.