ALERT: China Now Possesses Up To A Shocking 12,000 Tonnes Of Gold

source: http://kingworldnews.com/alert-china-now-possesses-up-to-a-shocking-12000-tonnes-of-gold/
With continued uncertainty in global markets, today the man who has become legendary for his predictions on QE, historic moves in currencies, and major global events, told King World News that China now possesses up to a shocking 12,000 tonnes of gold.
40% Of World Production Sold In Paper Gold Market Last WeekEgon von Greyerz:“Eric, I want to make it very clear that the selling we saw last week was another desperate attack by the BIS

(Bank for International Settlements)and some central banks, together with the bullion banks, to manipulate the gold market lower. We saw over 40% of annual production of gold being sold last week, which is 1,000 tonnes.  And this is despite the physical market remaining very strong, Eric, which I will talk about in a little while.."

In Volatile Markets, Is Wealth Preservation King?
In a King World News interview i(KWN author)spoke with the man who predicted the Swiss National Bank would experience staggering losses and that the Fed would also experience massive losses that will destabilize the global financial system! His company is the only one in the world offering a precious metals investment service outside the banking system, with direct ownership and full control by the investor. He has also become legendary for his predictions on QE, historic moves in currencies, and major global events. To find out what he and his company can do to help answer that age old question for youCLICK HERE.

Egon von Greyerz continues:
“Obviously, the sellers had no physical gold to sell so they conveniently dumped all this gold in the paper market. It would have been totally impossible for them to do this trade in the real gold market, which is only physical of course. Western Central banks have no physical gold of any quantity to sell. This is why they must fabricate paper gold out of thin air in order to dump it in the market. In total these banks officially have around 23,000 tonnes of gold. I doubt they even hold half that figure.
No central bank ever has an official audit of their physical gold. Last time the US gold was audited was in the 1950s. A proper audit would not just reveal that these bank have a lot less gold than they officially declare, but it would also expose the true position of their gold lending or leasing. Most of the gold they have left has been leased to the market in order to depress the price. But this gold no longer stays within the LBMA bullion banks like in the past. No, instead the intelligent buyers of gold today like China, India and Russia, take delivery. This means that the leased gold now becomes a paper claim with no chance of getting physical gold back. So what has happened in the physical market in recent years is that central banks have continuously depleted their physical stock by selling and leasing their gold with most of the buying having taken place in the East.
This transfer from West to East is the reason why Western governments and central banks are desperate to keep the gold price down. Official gold is no longer held in “safe” Western hands that are easy to control. Instead the gold has been acquired by nations and people who understand the value of gold.
Russian & Chinese Gold Reserves Increasing DramaticallyThese new gold buyers also know that it is the best protection against the total destruction of paper money that is taking place in our debt infested world. And the countries that are now buying gold are not sellers. The Russian government for example has been expected by the West to sell their gold every time they are under economic pressure. But if we look at the chart below, the picture looks very different. Since 2006, Russia’s gold reserves have gone up almost 4X. 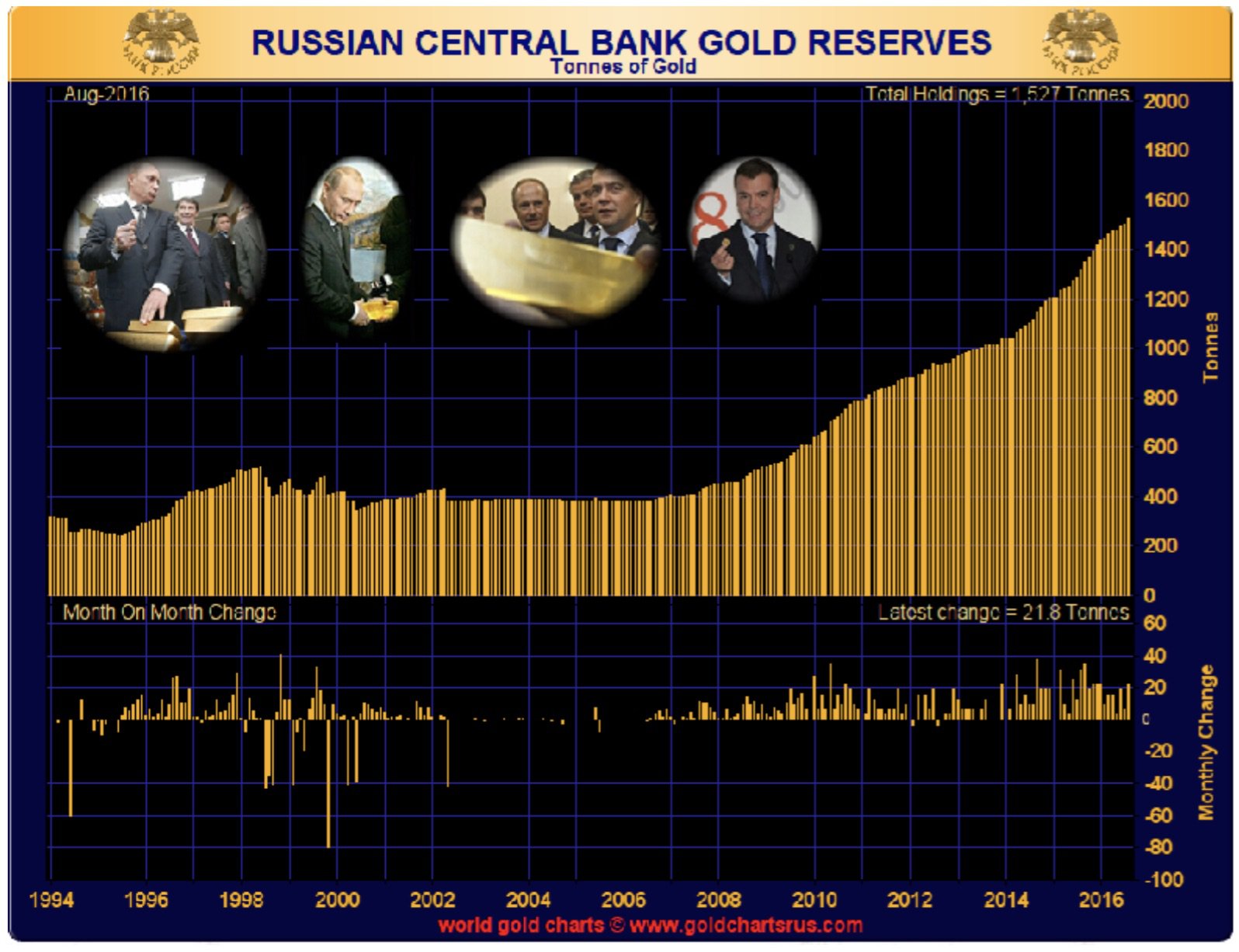 And it is the same in China. Official Chinese holding have increased more than fourfold since 2006 to almost 1,600 tonnes. 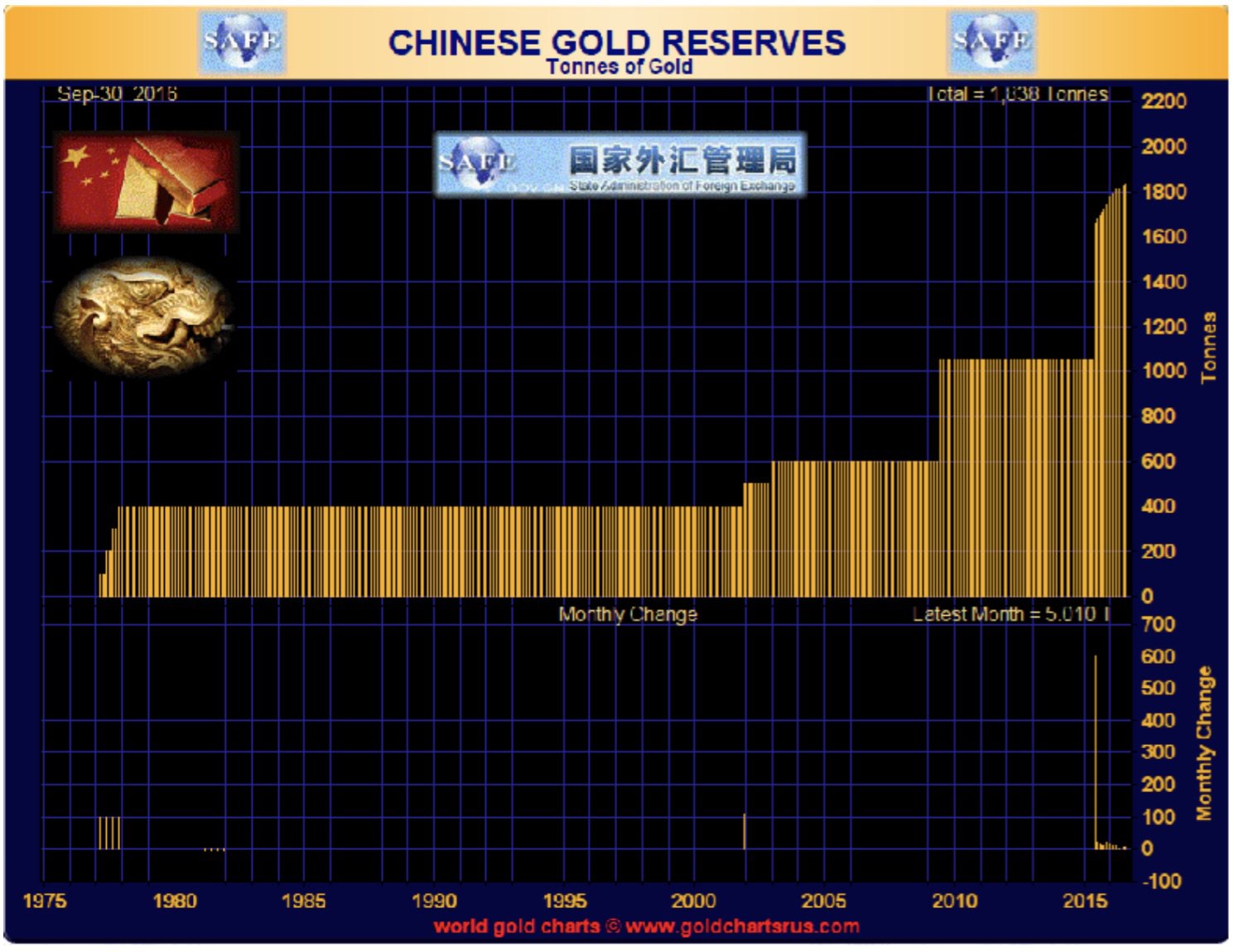 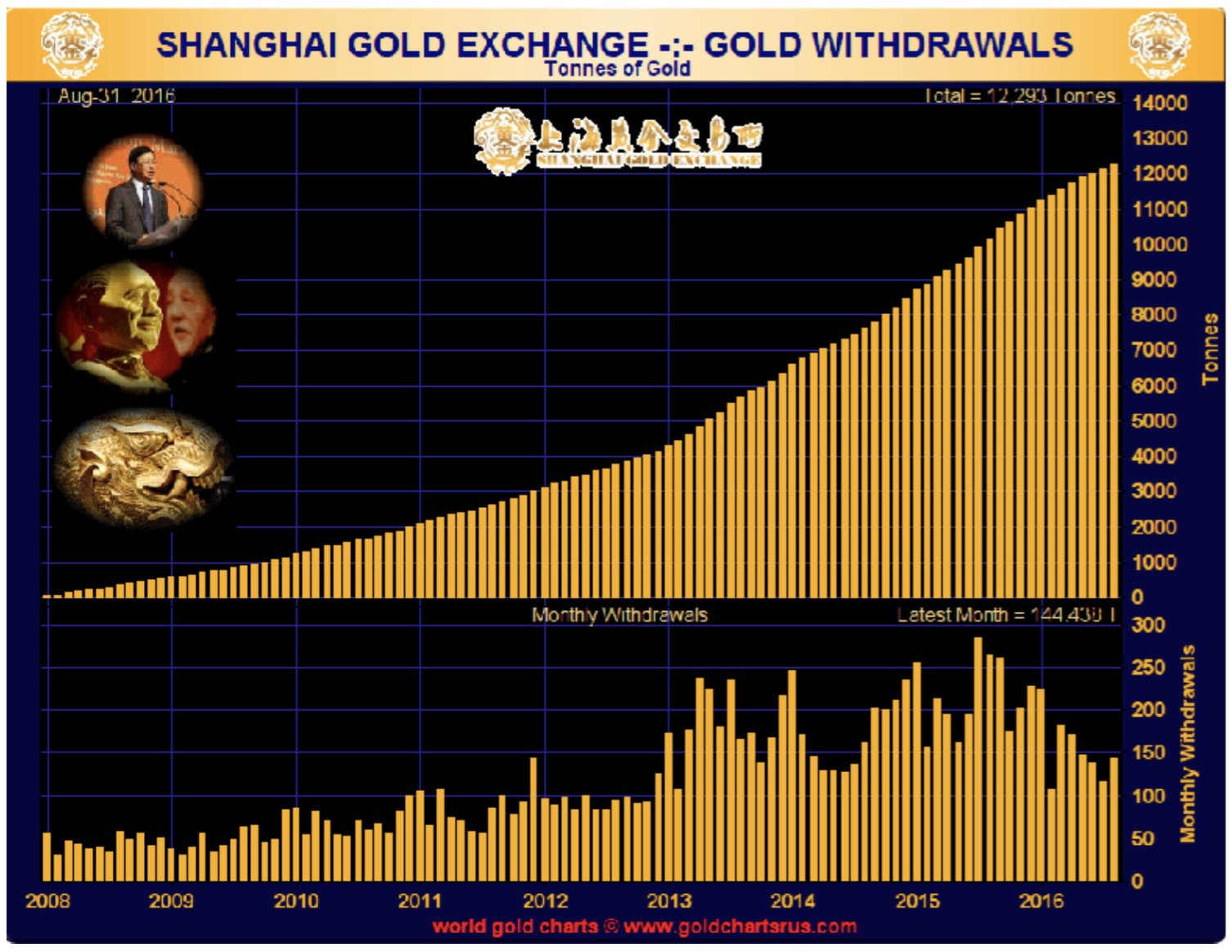 "Everyone Is Buying This BS Western Paper Gold SmashSo whilst the West is dumping paper gold, the East is buying physical. And this is exactly what happened last week, Eric. Gold fell almost $100 on selling of massive amounts of paper gold. But something very different happened in the physical market. Mutual funds and ETFs bought over 30 tons of physical gold last week. In total these funds have increased their holdings this year by over 46% or 900 tonnes to 2,840 tonnes. As we can see in the chart below, the buying by these funds has been strong all year. When gold corrected by $100 in May, their gold holdings continued to increase. " 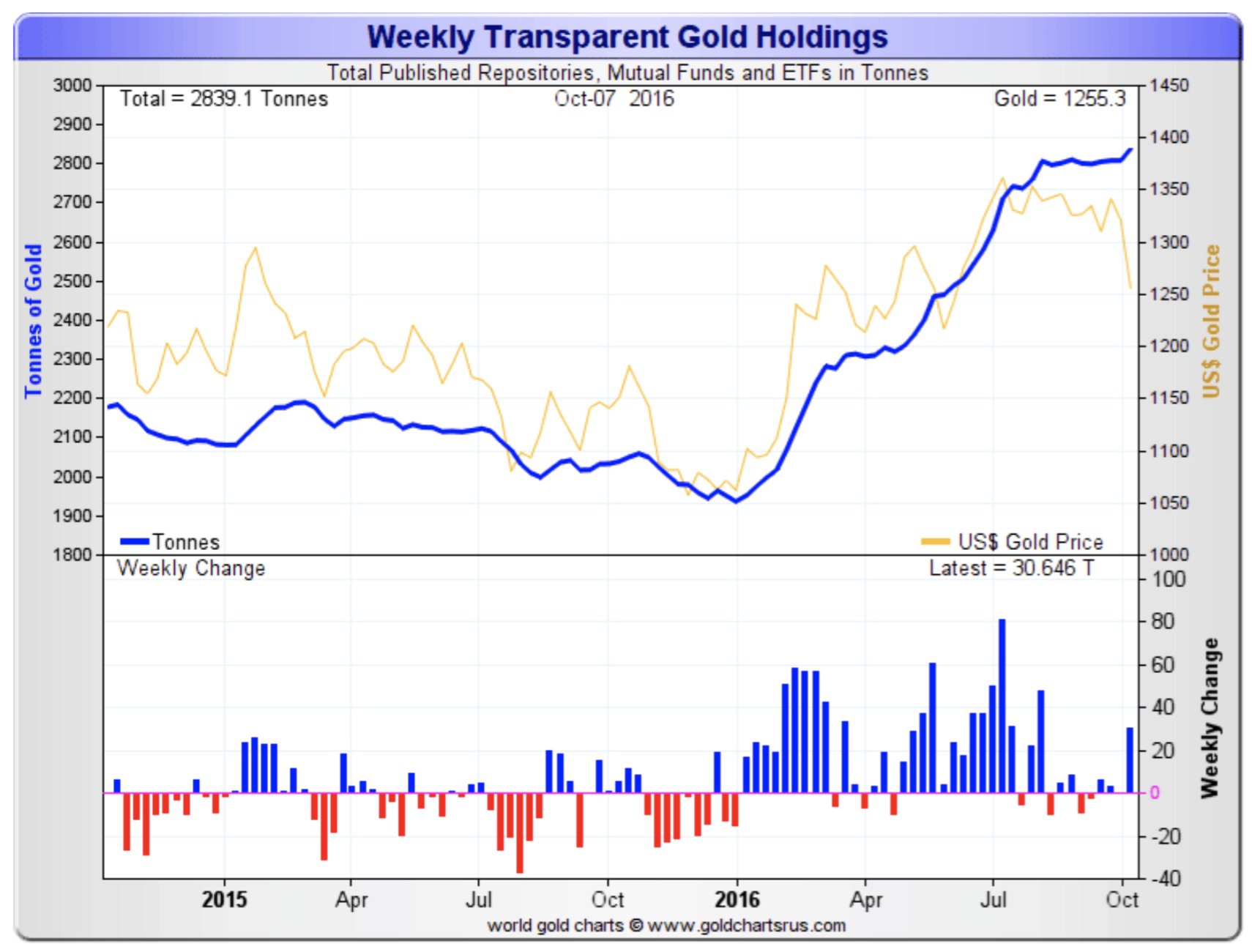