Looming Debt Crisis Could Ruin Many 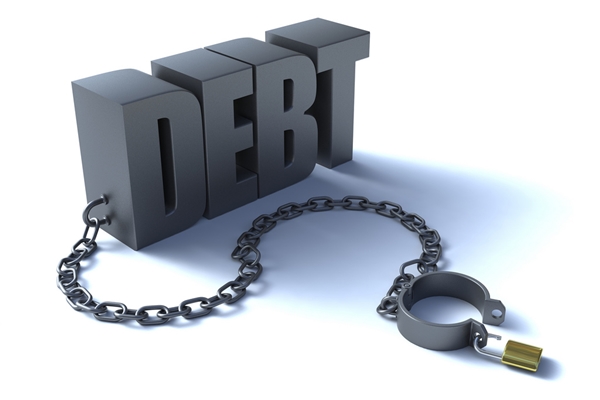 NewsMax  |  John Mauldin
We must deal with the debt if we are going to survive. We have two options: Simply stop spending or grow the economy. “Stop spending” is easier said than done. And boosting growth is going to be difficult too.
Total debt this year rose by 6.8%, almost double our growth rate. Not the right direction.
After eight years of the slowest economic recovery in history, growing our debt dramatically faster than we are growing our country—even when we include inflation.
Where have we been?
This is not the 1980s environment that Reagan encountered. Stock markets are at highs, not lows, as they were in his term. Today, the market capitalization is 196% of GDP… versus 40% when Reagan took office.
Reagan also had a falling-interest-rate environment. Plus, he had a huge demographic shift to work with… baby boomers who were coming of age. Reagan also had his recession at the beginning of his term, so the economy was coming off its lows. There was a great deal of pent-up demand. This is not presently the case.
All of these factors were a great help in spurring the economy when combined with tax cuts.
The Reagan tax cuts certainly increased the deficit, but when they were combined with the Clinton/Gingrich budget controls, we were soon paying down the debt and growing much faster. The debt became far less of a problem, at least in terms of GDP.
Bush II and the enabling Republican Congress abandoned budgetary controls. They combined tax cuts with large spending programs. That was when the deficit and debt began to get out of hand once again.
Deficits don’t matter, until they do
Vice President Dick Cheney once remarked that “deficits don’t matter” as he defended his spending on the Iraq and Afghanistan wars. And when he said it, he was more or less correct.
Then, the deficit as a percentage of GDP was less than nominal GDP growth. This meant that the country was growing faster than the debt was. Later, it turned out that deficits did matter when the spending on everything else, plus defense, spun out of control.
And for those people who say that tax cuts create growth, I would suggest that 2% growth for 16 years is not exactly what we were expecting. And much of the growth we did get during the housing bubble years was clearly false growth.
Then came the recession. It was triggered by the housing bubble, brought on by interest rates held too low, for too long, by the Federal Reserve. And seemingly all of a sudden, the deficit exploded – $10 billion in just eight years.
Where are we now?
Let’s look briefly at where we are now—at the constraining facts that any economic proposal must take into consideration.
Total US debt, including private and business debt, is $67 trillion, or just under 400% of GDP. We have 95 million people not in the labor force. 15 million of them are not employed. That’s twice the number officially unemployed.
We have almost 2 million prison inmates, 43 million living in poverty, 43 million receiving food stamps, 57 million Medicare enrollees, and 73 million Medicaid recipients And 31 million still remain without health insurance..
The US federal government debt will be slightly north of $20 trillion before Obama leaves office in January. Local and state debt is another $3 trillion. That is a total of more than $23 trillion of government debt. The US economy will be a few hundred billion dollars under $19 trillion at the end of this year. That is a debt-to-GDP ratio of somewhat over 121%.
That debt has risen roughly $10 trillion under Obama, in just eight years. Last year, the debt rose $1.4 trillion, even though we were told that the budget deficit was less than $600 billion. Lots of off-budget debt gets added each year.
The true debt is more than we’re told
This US debt total does not even take into account the over $100 trilliion of unfunded liabilities at local, state, and federal levels. These are going to have to be paid for at some point.
For the record, when you are trying to determine the effects of total government debt on the economy, it is dishonest to ignore state and local debt. That debt must all be paid by the same general taxpayers at one level or another.
Very few people realize that state and local spending is almost the same size as total federal spending. Everyone focuses on the size of the federal budget as if that is the government. The US federal spending budget is $3.9 trillion as of this year. State and local outlays are $3.3 trillion. That brings us to more than $7 trillion of total government spending.
Yes, the US economy has grown at something like an average 2% for the last 16 years. Inflation was higher in the early years, but now it is about 1.5%. That means we have a nominal GDP growth of about 3.5%.
The solution is going to hurt, but it’s better than the alternative
I don’t for a minute think that the US will not pay every dollar of its debt. But getting those dollars— whether through taxation or printing—will impact the economy significantly. And if we wait too long, the ensuing crisis could be ruinous to many.