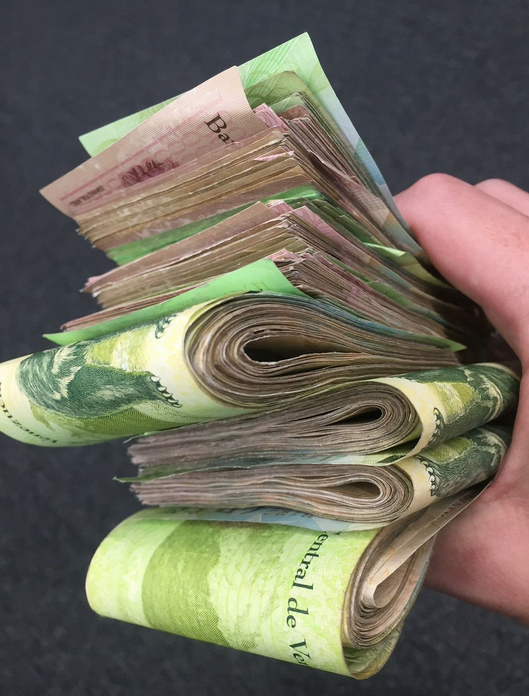 Story Source: SHTFPlan | Mac Slavo
Unfortunately, it is already underway in Venezuela.
Of course there is a higher standard of living in the United States overall, but tens of millions of people are already on the edge of poverty and tens of millions more can be brought to their knees in a matter of hours.
Some 46 million Americans are already on food stamps, and reliance on digital systems, EBT debit cards and electronic transactions could make Americans more vulnerable than they appear on the surface.
If the system shut down tomorrow, what would you do?How would you feed your family? Unless you are a prepper, the answer could make you uneasy.
Long lines have been the norm in Venezuela for over a year now; shortages and rations just another part of their upended lives. But now, the sheer free fall of their currency’s value has made live even more precarious – forcing many to visit as many as six ATMs just for enough to buy very basic, cheap goods.
“I’ve had to go to six different ATMs just to get 6,000 bolivars,”said [Domingris] Montano… She needed to buy groceries. A package of rice would cost 3,500 bolivars, more than half the daily withdrawal limit, and the automated teller machine might be empty by the time her turn came. Maybe she could hit a few more before dark?
Lines are nothing new in Venezuela, where the economy is shattered, inflation is soaring and the currency fell a staggering 67 percent against the U.S. dollar on the black market last month alone — making 6,000 bolivars worth just $1.30.
[…] It takes almost six minutes for it to spit out, 3,500 bolivars at a shot, and the victor walks away with a 3-inch stack worth $5.32.
“Sometimes I go to five ATMs without getting anything at all,” he said, because the devices are busted or bare.
“The last time I cashed a check [with a live bank teller], it was for 44,000 bolivars and they gave it to me in bills of 5 and 10,” said Elyn Hernandez, a 27-year-old assistant chef.That many bolivars in notes of 10 would fill a Duffel bag. An ATM delivers in larger denominations.
Most of the people is poor, and cash has long been the only fluid transaction for most vendors, and the wide segment of the population that don’t have bank accounts.
This has proven to be an especially difficult logistical problem – as banks have responded to an accelerating crisis by placing harsh limits on the amount of money that can be withdrawn from ATMs – with the maximum equating a huge fistful of bolivars but only a few U.S. dollars of purchasing power.
That is why President Maduro has ordered a revaluing of the currency, and will issue higher denomination bills sometime early next year. But that will do little to alleviate the problems that everyday people are facing in the meantime.
They have been desperate already, but now things are reaching a point of outright hyperinflation and spiraling collapse.
So for anyone still unsure what real-time hyperinflation looks like, here is the updated visual answer. 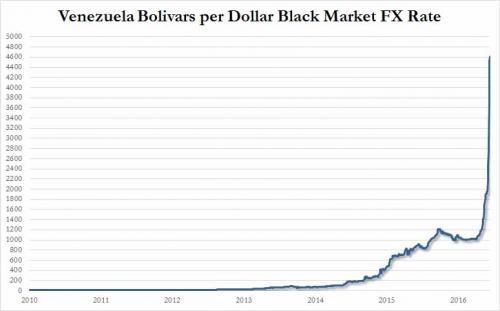 Pray for these people, and prepare so that it might not happen to you or yours.