A recession is coming — so hide in gold, says influential investor Raoul Pal 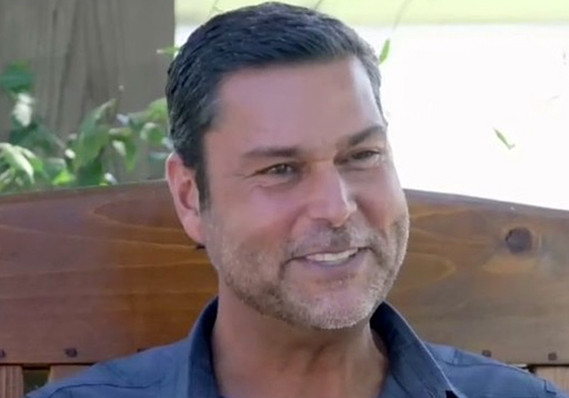 Source:http://www.marketwatch.com/story/a-recession-is-coming-so-hide-in-gold-says-influential-investor-raoul-pal-2016-10-14
Mirror, mirror on the wall, which asset is most mispriced of all? According to a Goldman Sachs alum who predicted the financial crisis in 2008, it’sgold.
The precious metal should be a lot more expensive when the likelihood of a global financial collapse and a move toward negative interest rates is accounted for, says Global Macro Investor founder Raoul Pal, who now sees a U.S. recession within 12 months.
Recent losses for gold may have dented investor confidence. Gold GCZ6, -0.40% is up 18% this year, but the first full week of October marked its worst seven-day performance in over three years; it also posted a three-month loss of nearly 6% on a continuous basis.
Uncertainty about Brexit and the timing of a Federal Reserve rate hike triggered a rush into the dollar, which often moves inversely to the metal. (Higher rates can work against gold, but the metal becomes a safe haven if the economy slows.)
“As we get to negative interest rates, gold is a good place to park your cash,” said Pal, who discussed his outlook with MarketWatch in a September interview and a follow-up conversation over email.
“I’m not a gold bug,” the former GLG Global Macro Fund co-manager — who is also watching the dollar closely — “but this is the currency I would choose now.”
Pal, an economist and strategist, also co-founded Real Vision TV, which conducts interviews with prominent investors. Many of his recent guests share his enthusiasm for gold, according to Pal.
“All the really serious thinkers are interested in gold,” he said.
How a U.S. recession could boost gold and the dollar
Pal’s core presumption — one he’s held since 2014 — is bad news for the U. S: He is convinced the country is headed for recession within a year. “The business cycle points to that,” he said, “and 100% of all two-term elections have had a recession within 12 months since 1910.”
His view contrasts with the Federal Reserve’s own indicator, based on corporate-bond spreads, that predicts just a 12% chance of a pullback in the next year.
But Pal does have some prominent company: Savita Subramanian, Bank of America’s head of equity strategy, recently predicted the same; Janus Capital’s Bill Gross spoke of a lagging U.S. recovery in his September investment note; and bond investor Jeffrey Gundlach showed a chart during a recent webcast that revealed the start of a recession.
Should his prediction come true, Pal says, gold prices could double. If central banks want to get active and combat a slowing economy, he says, they will try to stimulate the economy via printing money or more easing, all of which plays “into the hands of gold.”
This view brings Pal to the asset he favors most over the next year out of bonds, equities, currencies and commodities: the dollar. He told MarketWatch he’d buy U.S. dollars, selling the euro, pound and Aussie dollar; he expects the euro EURUSD, -0.4431% to eventually drop to 75 cents against the dollar — about 3% below current levels — over time.
“The world has shifted because of negative interest rates,” Pal said. “We know the dollar will go higher, [and] gold may outperform over time, the reason being because of negative interest rates. If I get it right, I have dollars and gold…I don’t make much of a loss if that correlation breaks.”
Year-to-date, the dollar index DXY, +0.36% is down nearly 1%, which some blame in part on an inactive Fed. Interest-rate increases can have a positive effect on a country’s currency by making it more attractive to foreign investors.
But Pal insists that his dollar call is not tethered to central bank policy, saying investors should let go of the belief that those institutions are like “the Wizard of Oz.” Investors, Pal said, believe the Fed’s policy choices can keep stocks from falling even as Japan and Switzerland have proven otherwise.
Read the full storyhere